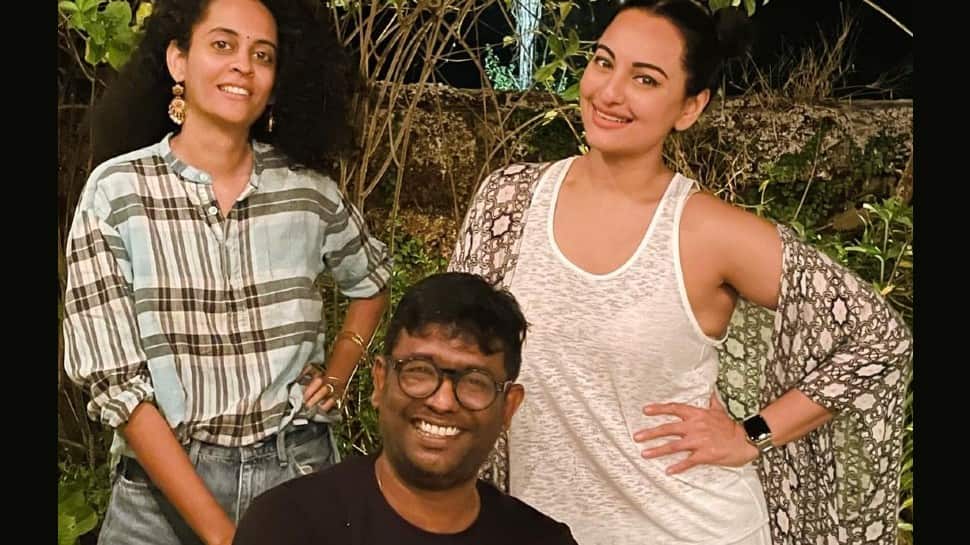 New Delhi: Actresses Huma Qureshi and Sonakshi Sinha were engaged in a fun banter on social media on Saturday. Huma called Sonakshi a ‘chor’ for stealing a hairstyle that she has worn before.

Sonakshi had posted photos from a restaurant in Goa, where she dropped by with a friend.

Huma noticed Sonakshi’s pigtail buns in the image, and took to the comments section to tease the actress. Huma commented on the Instagram post saying, “Did you copy my hairstyle… Chor.”

To which, Sonakshi replied: “Show copyright.”

Actor Gulshan Devaiah joined the conversation and wrote: “She’s been raving about you a lot lately.”

She later responded to Gulshan’s comment and said: “@gulshandevaiah78 you are not supposed to tell her that.”

In another post — a video of her skipping – Sonakshi encouraged fans to take up the exercise as a workout. “No gym no problem! SKIP. (Not the workout),” she captioned it.

Sonakshi is currently gearing up for her next release, “Bhuj: The Pride Of India”, co-starring Ajay Devgn, Sanjay Dutt, Sharad Kelkar, Ammy Virk, Pranitha Subhash and Nora Fatehi. The film is set against the backdrop of the 1971 Indo-Pak war.

Dilip Kumar birthday special: Treat yourself to some of his million-dollar pics with wife Saira Banu