Denial is the first step towards defeat. Arrogance is hubris. Unless Narendra Modi wants to be the tragic hero of Indian politics, he and his party should lose the attitude of denial over recent Assembly poll defeats and refrain from showing arrogance. So far, we have seen the opposite reaction from his generals.

It is inconceivable that the party hasn’t launched a post-mortem after losses against bête noire Congress in the three Hindi-speaking states. These states had BJP governments and had contributed handsomely to the party’s kitty in 2014. Behind closed doors, the party must have taken note of its falling strike rate in both rural and urban areas and planning some urgent steps before the big one 2019. But public statements matter. Here, there is a very thin line between confidence and hubris. 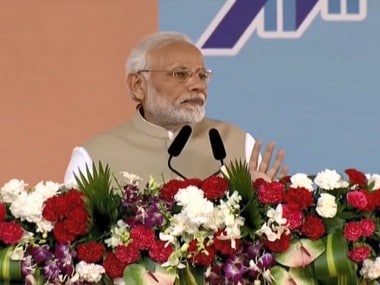 Indian voters are swayed more by emotion than rationality. Politicians know it, and therefore the penchant for rhetoric in poll campaigns. The prime minister, for instance, turned Mani Shankar Aiyar’s “neech” comment into an emotive issue during Gujarat campaign. Many say that may have helped BJP clinch a tough battle. If the voters are feeling disillusioned by BJP’s promises and have expressed their dissent through the ballot, they are more likely to interpret “self-confidence” as “lack of contrition”.

Amit Shah has called ‘mahagathbandhan’ a ‘bhranti’ (illusion). He has said that it “does not exist anywhere” and has dismissed the threat posed by opposition parties, calling them “regional leaders” who “can’t help each other”.

The BJP president may have noted that on the very day he passed these judgements during an event in Mumbai, news emerged that Upendra Kushwaha’s Rashtriya Lok Samta Party (RLSP)—BJP’s ally in Bihar that had severed ties with NDA recently—is set to join the ‘grand alliance’ in presence of RJD and Congress representatives.

The four men convicted in the 2012 Nirbhaya gang-rape and murder case were executed this morning. The Supreme Court, after a midnight hearing, rejected...

Man, who opened fired at Shaheen Bagh protest site last week, is a member of the Aam Aadmi Party (AAP), police said. He and...

Pink’ to Thappad how Bollywood movies are addressing some serious...